“Does she inspire me?” That is the question Joy Lee asked herself when searching for featured personalities in her latest Viddsee Originals documentary series, ‘We Are All Escapists’.

The 5-episode series follows the untold journey of female ex-offenders in Singapore from escaping reality to their eventual acceptance of the ‘now’. Shining a spotlight on topics like depression, drug and substance abuse, domestic violence, and self-harm, the series highlights the bravery, optimism and resilience of the featured personalities.

Here’s how Joy brought the series to life without compromising her vision!

Once the project had been green-lighted, Joy began her search. She cold-emailed local organisations and researched online and on social media, but the going was tough. There were unsuitable candidates and potential interviewees that got cold feet.

Joy’s luck began turning when she found Jessie (What Is Your Dream) through an after-care agency. Then an outpatient addiction treatment centre she had reached out to replied with a prospective personality. An unsuitable candidate introduced Sharon (What Is Your Prison). 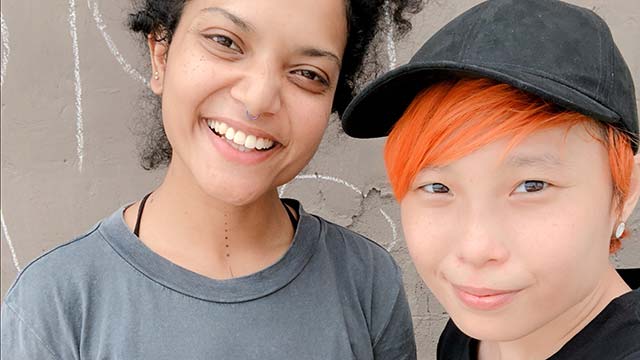 A name that kept reemerging was Deborah Emmanuel (What Is Your Reality) who agreed to come aboard the series after learning about Joy’s background in mental health documentaries. Through Sharon’s connections, Joy found her final missing puzzle piece.

“I think all five stories are so relatable, they spoke to my heart.”

This series is not an anti-drug public service announcement

“The most challenging thing was to make sure the series would not turn out to be an in-your-face anti-drug public service announcement,” says Joy.

That all five protagonists happened to be arrested and charged with drug-related offences was merely a coincidence, not by construct. Right off the bat, Joy knew that she didn’t want to do reenactments in her series.

Watch ‘We Are All Escapists – What Is Your Reality’ by Joy Lee (Singapore) on Viddsee:

She spoke in-depth with each interviewee to have them involved in the process of bringing their stories to life. Experimenting through animation and movement, she wanted to use authentic expressions in sharing their stories.

Despite scepticism from the crew, she pushed ahead, and the result is a variety of mediums tastefully used to tell these heartfelt stories.

Radical empathy is the key to authentic documentary filmmaking

In her career, Joy has made research films on sensitive topics like dementia, mental illnesses and physical disabilities. Here are some tips she shares on covering vulnerability without being exploitative:

“The first thing I tell all my documentary interviewees is that I am not looking to do a sob story.”

Joy stresses that as much as this is her production, those featured have power in controlling their narrative. Whether it’s in cursing or speaking as freely as they want or skipping questions that make them uncomfortable, Joy makes shooting a collaborative process. 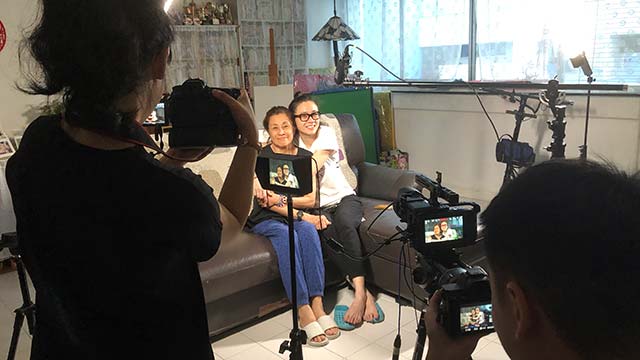 On set of ‘What Is Your Dream’ with featured personality Jessie

“I learnt how important it is, not only as a documentary filmmaker but also as a living, breathing human being to practise radical empathy. One way to apply it is by falling in love with the people I am featuring. The power of genuine listening validates my interviewee’s humanity.”

She also reminds her crew not to define the people being profiled by their past, personally sharing her life experiences to create an open and honest set.

“Once the profile feels understood and cared about, they are more likely to open up and have an honest conversation with me.”

While Joy continues searching for great stories, that is a story that understands the human condition and connects each person with purpose, she decompresses by spending time with her 1-year-old nephew.

“Looking into his eyes, I feel this enormous sense of responsibility to help shape a world safe enough for him to grow up in. And, that keeps me going.”

Watch ‘We Are All Escapists’, a new Viddsee Original series here.

‘We Are All Escapists’ Invites You To Remove Your Moral Blindfold 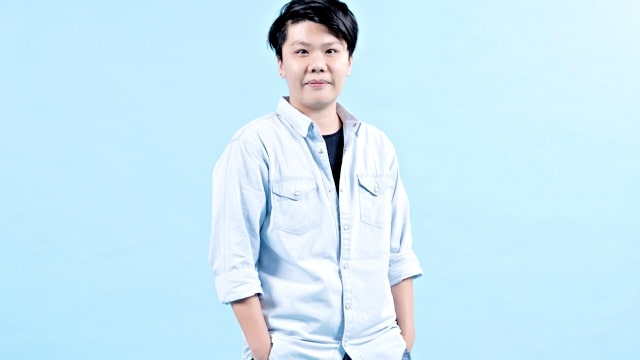