Who decides your life, your love and your fate?

Ah Su & Siti are deeply in love, but they’re also caught in the web of religious, traditional and cultural values. Neighbourhood kids taunt and hurl racial slurs at Ah Su. His father is consumed by bitterness from the 1998 racial riots.

This story is set in modern day Jakarta, where the wounds from Indonesia’s persecution of ethnic Chinese are still very raw.

He’s about to propose to her, but it’s not just about consent, or religious conversions. Then there’s family. There’s nothing timely about this.

Is love really all they need?

The film’s title means ‘love’ in Indonesian. The irregular capitalisation of ‘CINtA’ is a play on the word ‘cina’, regarded a derogatory term for ethnic Chinese in Indonesia (the word ‘chokin’ also has similar connotations).

According to the director’s notes, ‘CINtA’ was made over two years. It screened and competed at film festivals in Germany, France, Ethiopia, Thailand, Singapore, Australia, and in Indonesia.

Here’s another story on difficult decisions, ‘Sangkar by Sharifah Amani, about a young Malay woman who is trapped in a marriage 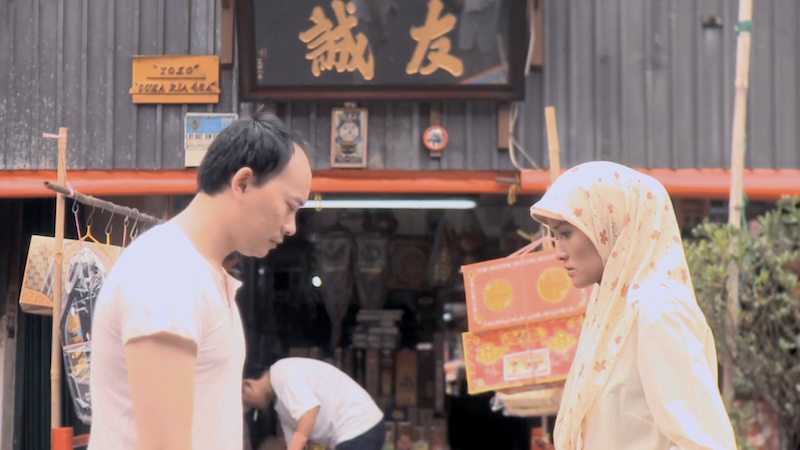