The school was her world. Then she escaped the tyranny of school and expectations by playing truant for the first time.

Pei-pei is a goody-two-shoes who tries her best to please others. She takes instruction well, even to the point of participating in a competition she doesn’t want to.

She gets third place instead of first. 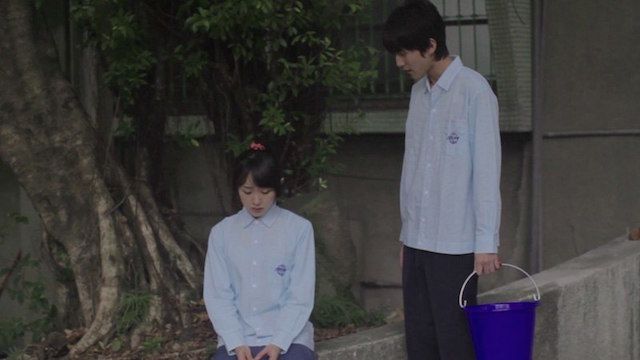 He’s is a troublemaker who doesn’t have much of a care in the world.

To cheer her up, they jump over the school fence and skip an entire day of lessons. Her new friend gets her into trouble. It seems like another world out there: carefree, liberated, and independent. That experience gave her a newfound perspective of life and rebellion. So what if she got third instead of first place? Is school all that matters?

And so begins her journey to independence, to stand for herself.

It was nominated to compete at the Hangzhou Asian Film Festival, t6he International Student FilmGolden Lion Award, and the Golden Harvest Award.

Watch another film on adolescence, ‘On Duty With Shu Qi’ by Do Quoc Trung (Vietnam), about a popular girl in high school and her unlikely friendship with a mousy, quiet guy

Violence At Home Is A Fearsome Storm Threatening To Happen
He’s A Starving Cannibal, Starving For A Taste Of Love & Human Touch