This story was produced as part of Rony’s final student project at the ISI Yogyakarta Television and Film Department.

We talk to him about his inspiration and to gain an insight about how he included Javanese culture in his work, the double-edged sword and a man’s pride.

#1 – On The Power & Masculinity Of The Dagger

Sasmita Narendra was inspired by a story Rony overheard about an heirloom dagger that was passed outside of its family as its “keeper” was unable to hold on to it. In the story’s development, Rony also became influenced by a social media firestorm on infidelity in Indonesia about “husband-stealers” (“pelakor”).

He then dived deeper into his research on Javanese culture, origin stories and mythology. Culturally, the dagger is a symbol of masculinity, and daggers were used as a stand-in at wedding ceremonies in a groom’s absence. In this context, and even in today’s patriarchal society, men were dominant in all aspects and power structures. One story from the Kingdom of Mataram (a Javanese Hindu-Buddhist kingdom that flourished between the 8-11 century) stood out where the dagger and the man imposed and dominated. There lived a King who lusted over a puppet master’s wife and unleashed bloodshed to obtain her hand in marriage, all through one dagger.

Using the dagger — symbolising power, masculinity and pride — and combining it with the polemic of social relations between husband and wife, Rony structured a story where the protagonist (Sutrisno) gets caught in a freaking nightmare looping with his wife (Tini) and a friend (Rudi, who was also once Tini’s beau!)

#2 – Dream Interpretation As A Warning 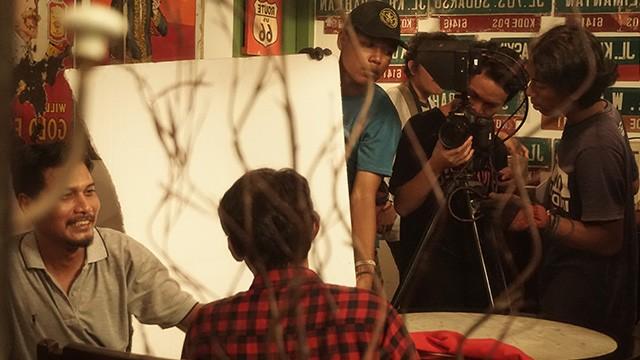 The most interesting part of the film is Sutrisno’s dream sequence, which is considered a warning about infidelity. “The Javanese have multiple interpretations of many things, including dreams,” said Rony, chuckling in amusement.

Dreams have special significance according to when it occurs: “Tity Ony” (occurring between 9pm midnight) has no exceptional or deeper meaning, “Gondo Ony” (between midnight and 3am) represent spiritual qualities and of the subconscious, “Puspa Tajam” (3-6am) expresses the involvement of Allah SWT and an invitation to recognise Him. Rony builds tension with story loops to heighten emotions and tension in the dream sequence, blurring and detaching the protagonist’s experience from fantasy and reality.

#3 – When The Sacred Goes Viral
Viewers of ‘Sasmita Narendra’ started a heated discussion as the film went viral, offending some dagger collectors as the dagger was associated with mystical elements and even black magic. “They say my film was a sham. What makes it a sham?” Rony asked with a laugh. He offered an invitation to those who contacted him directly for an open discussion. Rony was quite relaxed in responding to slanted comments about the film.

“I made this film with an international audience in mind. I wanted to introduce people to the Javanese culture, Indonesia’s wealth. But the Indonesian audience is also capable of multiple interpretations, I can’t blame them. In fact, I don’t mind that, let that gain more (virality),” he answered casually. Rony tries to always incorporate cultural, philosophical and ideological aspects into a single narrative. He’s currently working on a documentary about mantras of shamans who assist in childbirth (“dukun bayi”).

According to him, a shaman’s ritual and mantra is like classical literature. He concedes that these arts and profession is likely to fade out in the increasingly modern era.

“At least there will be films that documented or archived this history before it is completely gone.” Rony wants to promote the diversity of Indonesian culture to international audiences.

“We can’t possibly follow the sophistication of Hollywood, so it’s best not to compare. But we have our own wealth, imagine how much of our interesting cultural heritage can be made into a film. One day, Indonesian films will have their own characteristics that can be a reference point for filmmakers out there,” he exclaimed enthusiastically.

Continue to succeed with your dreams, Rony! We can’t wait for your other films!

This interview was translated from an original article written in Indonesian here. 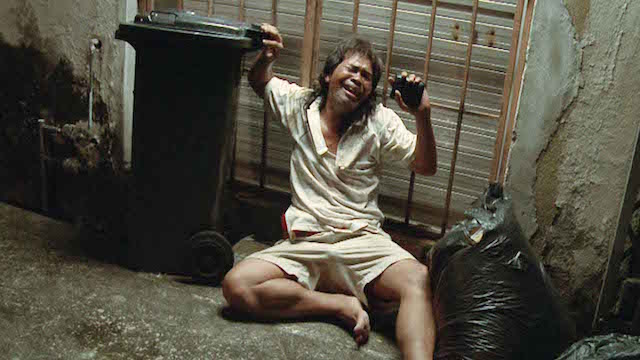