Our childhood is marked by events — friends, enemies, and fights. These events become vague memories and emotions that stretch out and become a bit more diluted over a lifetime.

A friendship lost becomes a lingering sadness. We forget the faces of our bests of friends, but they leave an imprint about camaraderie.

And while the scuffed knees and scratches heal, the little victories in the playground leave a mark as moments of pride. For Zak, Muz and Donald, fighting off a bunch of invaders in a ‘rubber band duel’ could be an epic showdown that left a mark on their lives.

Donald, barely in his teens, harbours ambitions of being a newspaper editor. He’s a serious sort.

But when he’s sent off to grandma’s for the school holidays, he leads the village kids to reclaim their turf and their treehouse! ‘Lastik: Once Upon A Time In The East’ is a playful spaghetti-western that reinterprets the history of North Borneo’s independence led by an indigenous leader of the same name — Donald Stephens.

Watch ‘Lastik: Once Upon A Time In The East’ by Nadira Ilana on Viddsee

It’s a simple story set in Sabah, north of Borneo, and with a gorgeous backdrop of misty mountains — a forgotten landscape, people and an often excluded detail about the formation of Malaysia.

But Donald Stephens is not mere fantasy, or a piece of fairytale. The short film might present itself as such, but in mirroring historical characters and events, the two states of Malaysia in Borneo — Sabah and Sarawak — deserve the right to be included not just in history or memory. It should also be in today’s narratives.

The wave of nationalism celebrating Malaysia’s independence on 31 August excludes these two states in East Malaysia. This is seen in its celebratory advertisements, editorials, and on social media in the recent weeks.

It’s not just about the simplification of Malaysia’s backstory, or a matter of factual accuracies (that Malaya gained independence in 1957, whereas the ‘fully formed’ Malaysia as it is today became one on 16 September 1963).

To acknowledge these facts means to put them to memory, and to respect that memory would be to include it in the present — that means in conversations and stories that claim to be nationalistic or Malaysian.

Whether Malaysia is 57 or 51 years old is beside the point. If the first prime minister, Tunku Abdul Rahman, is remembered as a champion of independence, so must Donald Stephens and Steven Kalong Ningkan, says the director of Lastik, Nadira.

“I made ‘Lastik’ because a Sabah *Merdeka story had never been told before,” she writes.

Cheers to that, we say. Here’s to more stories from Sabah, and from Malaysia. And as the country grows and evolve, may these stories not just be mere history, sentiment, or emotion, but also about its present and future.

Hop over to this Viddsee channel, 15Malaysia, a short film series featuring some of the best-known faces in the country, including entertainers & politicians!

*Merdeka is Malay for ‘independence’. 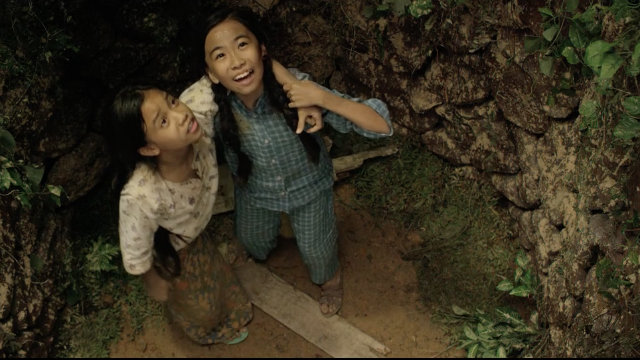 Two Girls In A Pit. But It’s Not What You Think… It’s A Merdeka Film! This Is The Historic Day Workers in Malaya & Singapore Went On Strike!