It was a typical weekday night. Everyone’s doing the usual — the kids are watching TV, dad is dozing off on the couch, and mum is prepping dinner in the kitchen. A gasp and a clatter later, everyone is shocked out of their routine. Mum had cut herself on the wrist. A rather bizarre kitchen accident. 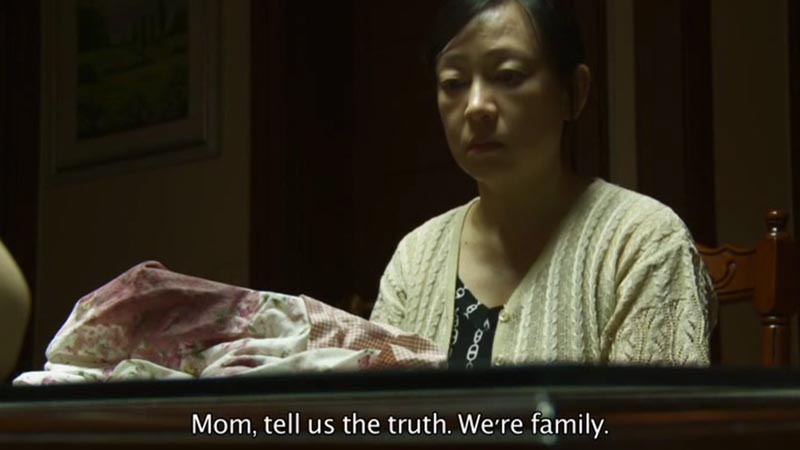 A family meeting is called, and they proceed to interrogate poor mum about the details of the incident. How did she slice herself on the wrist? How was she holding the knife? What was she chopping?

Why was she crying?

This film received the Excellent Award at the Daejeon Independent Film & Video Festival. It was also featured in several film festivals, such as at Mise-en-scène Short Film Festival, Chungmuro International Film Festival in Seoul, The Korea Youth Film Festival and at the University Film Festival Of Korea.

Here’s another story about parenting, about a couple who gets pressured into purchasing an education software for a toddler. Watch ‘God Bless All Parents’ on Viddsee

A Son Confronts His Mother For Abandoning Her Family
Greed, Revenge or Jealousy – What Caused This Brutal Murder?