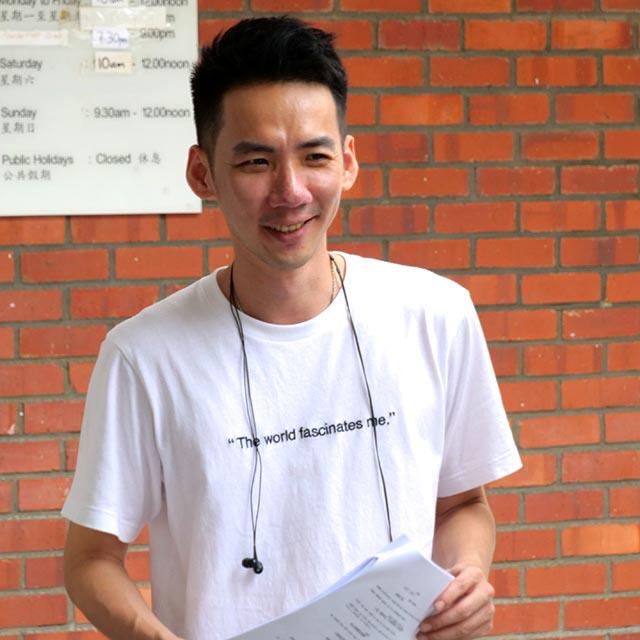 Through his short films, Chang Kai Xiang faces the questions he has about life, ageing and the relationships we hold onto as we grow old. As consumers, we live in a youth-obsessed, age-defying culture. Kai Xiang is unusual in that he creates characters that are not just defined by age or how harshly time has treated them.

Such as in ‘I Never Lie’, a sweet love story of how an old couple embraced the change brought by dementia and memory. And in ‘Grandma in July’, the visiting spirit of a deceased grandma being tender to her grandson.

In his most recent work, ‘Home Is Where The Heart Is’, the story of a runaway, serial-shoplifting grandma delighted and touched us. This is a Viddsee Originals short film from the Scene City anthology, and second in this year’s release.

All his protagonists are grandmas, but this is not a fetish. His meditations on ageing, memory, and regrets are processed and distilled in his storytelling and creative endeavours.

We speak to Kai Xiang about working with veteran actors such as Johnny Ng and Beatrice Chien in ‘Home Is Where The Heart Is’, his thoughts on his filmmaker journey, and on growing old but holding onto your childlike wonder. A scene from I Never Lie

It’s been quite a journey for Kai Xiang since his first short film production grant in 2014 – one which includes finding his voice and harnessing the wealth of knowledge shared within the industry and community.

“I tend to learn from filmmakers I’ve met throughout the years and grow as a writer and director in terms of utilizing visuals to tell a story effectively.”

“One thing that you will notice in the progression of my three short films are the shots used – it gets simpler. I’m learning to tell stories through the performance of the actors and hope to one day be able to tell a compelling story with just one take.” His biggest challenge in ‘Home Is Where The Heart Is’ was trying to make Madam Wong’s character relatable, while telling the story through the young lawyer’s eyes – this meant juggling the varying perspectives while keeping the story aligned.

“It was a huge creative challenge to express several layers of information, feelings, and behaviours within a limited time frame.”

Working with and learning from veteran actors Veteran actors have been in the business long enough to give you a pro-tip or two about conveying a story with as little as possible – a personal goal Kai Xiang is working to achieve as a filmmaker.

For ‘Home Is Where The Heart Is’, Bernice Chien (who plays the shoplifting grandma Madam Wong) and Johnny Ng (who plays the convenience store owner) brought their thought processes to the story.

“In the script, the shop owner has only about a minute of screen time with the sole purpose to deliver information to the young lawyer, but somehow Johnny managed to bring the character alive and portray another side of humanity that I didn’t think of.”

“Same goes for Beatrice, especially during the script read and rehearsals, she would inject her ideas on how the character could be. They’re not afraid to bring forth and discuss their ideas, which I think is what filmmaking should be about – collaboration.”

Watch ‘Home Is Where The Heart Is’ by Chang Kai Xiang (Singapore) on Viddsee:

Growing old doesn’t mean you have to stop playing “To be honest, I’m terrified but at the same time obsessed with the thought of growing old and the inevitable death. And if you’ve noticed, the characters (in my short films) are not the typical senior folks you are familiar with, but seniors with childlike hearts and behaviours.”

In a way, Kai Xiang processes these thoughts with the stories he tells with his films, confessing that the characters in his films are a way for him to deal with his fear of old age and any eventual regrets.

“If you examine even closer, you’ll notice they (the characters) are facets of me, or my imagination of myself when I grow old.”

A scene from ‘Grandma in July’

The role reversal change between parent-child relationships tend to happen so gradually – from the parent taking care of the child to the child wanting to take care of the parent as they grow older but the parent refusing such help and care.

“No matter the situation or location, you will feel loved as long as you allow it. The only thing I hope viewers can take away from this is for adults or grown-up children to think about their parents and how their roles of taking each other have changed.”