Spotlight: Filmmaker Wenqi You on Making a Pandemic Short Film It was no surprise when Wenqi You’s short film ‘Li Shan’ had won the Viddsee Shortee award for June 2020. A film about a pandemic, right in the middle of a different pandemic? Yes please! (‘Contagion‘, we’re also looking at you.) The timeliness of this short film was devastating to watch as history repeated itself in current times, yet insightful and optimistic to believe that we can all come out of this with more hope for humanity.

Wenqi was first inspired in 2012 when she read some stories collected by a journalist friend for an in-depth report on SARS for its 10th anniversary. It spurred her to make a film on the topic – to explore how one individual would choose between speaking the truth or keeping silent because of other repercussions. Wenqi was selected by the Alfred P. Sloan Foundation in 2016 to make ‘Li Shan’ and the process took 2 years from start to finish. It has since travelled the festival circuit, with more to come.

The current COVID-19 outbreak is not China’s first rodeo when it comes to virus outbreaks. SARS in 2003 was a real fear for many citizens and doctors as well. In this short film, Li Shan is a doctor who discovers the government hesitating to disclose the severity of SARS, passing it off as regular pneumonia. The story follows his journey as he determines to go against the odds after getting suspended – going as far as stealing a blood sample from a patient – to reveal the truth to the public. Faced with a moral dilemma, none of Li Shan’s choices are easy, but with undaunted courage, he attempts to make the best decision he can. 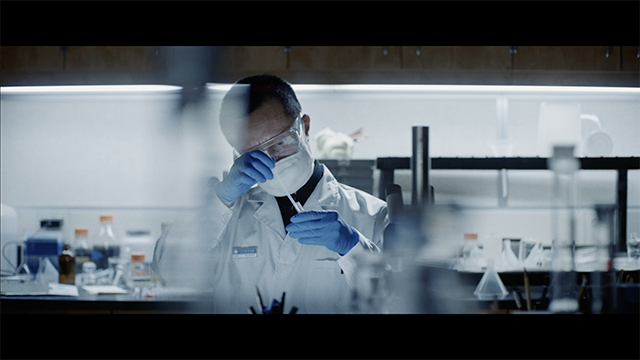 A scene from ‘Li Shan’

While the film is based on true events, the film is a work of fiction and was made in 2018. The story, however, is gripping due to how closely it strikes to reality, both then and now.

We speak to Wenqi You, who is currently in quarantine with her family in China. Due to the travel ban, she (like many filmmakers) are working remotely as best as they can. She shares the (long) process of making the film, dropping fear in order to tell the truth and what she’s up to next. But first, we ask:

With the making of ‘Li Shan‘, how did you feel when news of COVID-19 came out and people were making comparisons to the last time we had a virus outbreak with SARS?

“I was devastated. I couldn’t believe the exact same story repeated itself. Many Chinese filmmakers really look up to Korean films, saying that Korean filmmakers improve their society by sharply criticizing it with their works, ‘Parasite‘ as a good example. I dreamed of doing the same, but it didn’t happen. However this time thanks to social media, the instant information transparency has improved quite a lot. And so far we do have the COVID-19 transmission under control.” 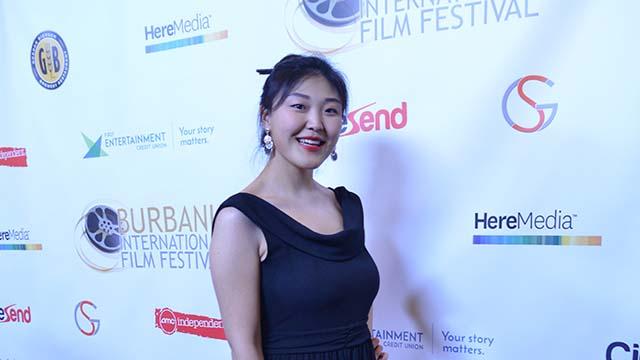 The filmmaker of ‘Li Shan’, Wenqi You

Fear is a powerful tool – but not one keep us silent

“China has a long history of monarchy, and people are used to live with fear even until now. Living in this culture, most of us choose not to speak out even when the message is crucial, so that we don’t face potential retaliation from authorities. But keeping quiet to protect oneself can lead to severe consequences on a much bigger scale. The rapid spread of SARS and COVID-19 in China at the beginning are both, unfortunately, perfect examples. With ‘Li Shan’, I want to tell people that it’s the fear itself that has stopped us from improving society. If we can unite and drop the fear altogether, we can create a much better life.” 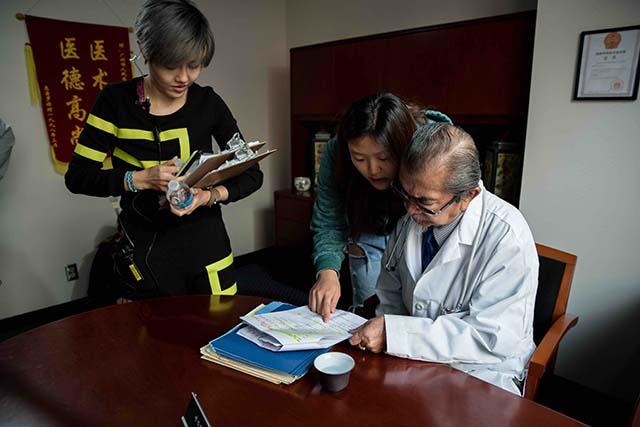 Behind the scenes of filming ‘Li Shan’; Wenqi You is in the middle speaking to her cast member

From the budgets to the magnitude of the story, Wenqi shared, “Many times, I thought I took too big of a bite than I could chew, but thank God the film turned out pretty well!”

“To compress such a big story into a short film and make it easy to understand and fun to watch for people without any science background (knowledge) was very difficult. Then the film grant could only pay for less than half of the production budget, so we were extremely tight on money and time.”

Watch ‘Li Shan’ by Wenqi You (China) on Viddsee:

It took a year to write the script!

“The story is largely based on true events, but I spent months doing research on the SARS outbreak news, the doctors who fought for the truth, different methods of treatment and the side effects. We also had two epidemics professors as consultants. We even flew to Guangzhou, the city where the outbreak first started, for exterior location scouts and production design reference. Then the producers and I went through the script for more than 30 drafts, to make sure the audience could follow such a complicated and scientific short story. The script took about a year to finish.” The cast and extras in ‘Li Shan’

It was actually cheaper to make ‘Li Shan’ in LA!

“We shot in both Guangzhou and LA. As a full student crew, managing a bigger production for the first time was very challenging too. The reasons to make it in LA were very practical: we knew the rules better, we knew our crew, and it was actually cheaper.” 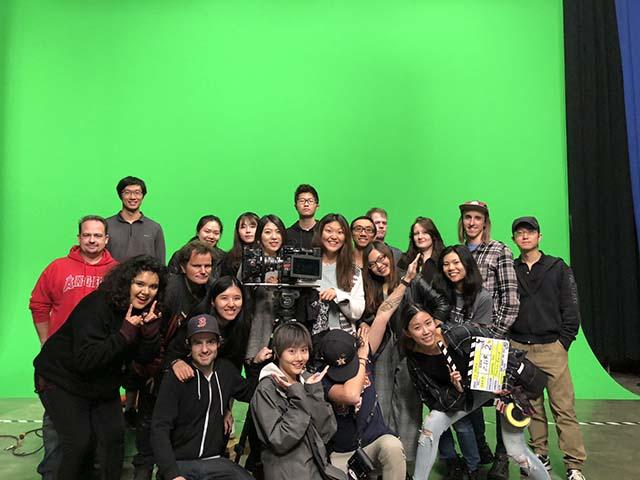 Would the story have needed to shift in order to pass censorship in China?

“I honestly don’t know. It’s a black box. I guess nothing negative about the authority comes first; only praise of the doctors and nurses who have worked hard and even sacrificed their lives. But this time with COVID-19, it seems that tolerance for criticism has expanded because many people have dropped their fear.” 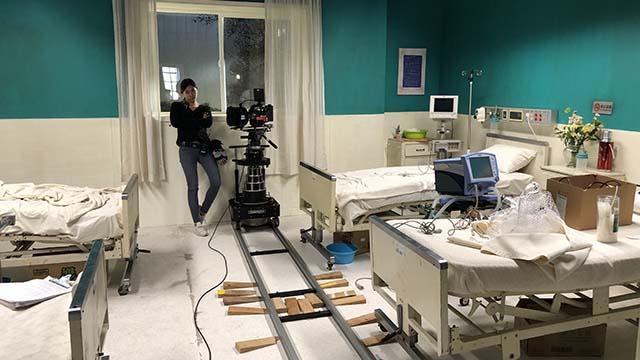 Behind the scenes of filming ‘Li Shan’

What are you working on next?

“I’m working on a sit-com project about 6 young Chinese dreamers living under the same roof in LA, and how they grow up with each other’s help, while coping with cultural differences as well as social issues in the US. I want to explore comedy more because I think it’s a unique way to deliver important messages and to entertain people at the same time.”

Thank you, Wenqi; we look forward to catching your next work!