Spotlight: Kelvin Sng On Being The Teacher And student In Filmmaking From short films to feature films and everything in between – what has Kelvin Sng not done? His debut feature film, ‘TAXI! TAXI!’ was the third highest-grossing film in Singapore in 2013 and had won the Special Jury Award at the ASEAN International Film Festival & Awards that year. Marking that as the biggest defining moment of his filmmaking journey, Kelvin is also an educator and conducts masterclasses at festivals and had also been selected a couple of times in the coveted Torino Film Lab to produce his films and projects. Another award he’s won is the Viddsee Shortee Award for December 2019 for ‘BFF’.

We speak to him about his filmmaking journey so far!

‘BFF’ is a corporate commissioned short film in disguise

It’s hard to distinguish what’s an ad and what’s not these days, but with ‘BFF’, the distinction is so subtle that it just feels like a short film story! It focuses on the story of Xiao Hui and her friends and how they come together for her when she finds out her father has cancer. Commissioned by WuGuFeng, a Singaporean Chinese pastry company, the theme of the film revolves around ‘有情有义’ (which means ‘love and loyalty’).

“I was given a lot of leeway which helped maintain the subtlety of marketing its products. All they wanted was the theme of ‘love and loyalty’ to be incorporated into the story, and they trusted me with the rest of it!” He’s an educator, a producer, a director – but ultimately, a filmmaker. He’s also a lifelong student as well as the teacher.

“I was a teacher and Head of Department in a MOE school before I went to film school at the age of 30. I’ve got an educator’s heart that has never really left me. My vision is ‘Transforming lives through film and theatre’, and my motto is ‘Make others successful and you will be successful’, so I guess these beliefs when combined, allow teaching to influence my filmmaking and vice versa.”

He’s not afraid to veer out of his comfort zone – with amazing results!

While most of his films are centred around quite masculine themes (see: his thesis film ‘Kichiro ‘Redux’‘ about a lonely and disenfranchised high school boy who turned on his classmates with anachronistic violence.), ‘BFF’ was a change with the theme centred around a friendship between 3 girls and their strong bond. Although it was different to what he was used to, he enjoyed delving deeper into the female world.

“I have a lot of female friends, so it was not difficult for me to delve into their world, just that in the process of searching for and working out the truths with all 3 actresses, I learned a little more about their attributes and sensitivities, which can never be portrayed by men! Men and women really are very different! We really are from Mars, and they’re really from Venus! Haha!” 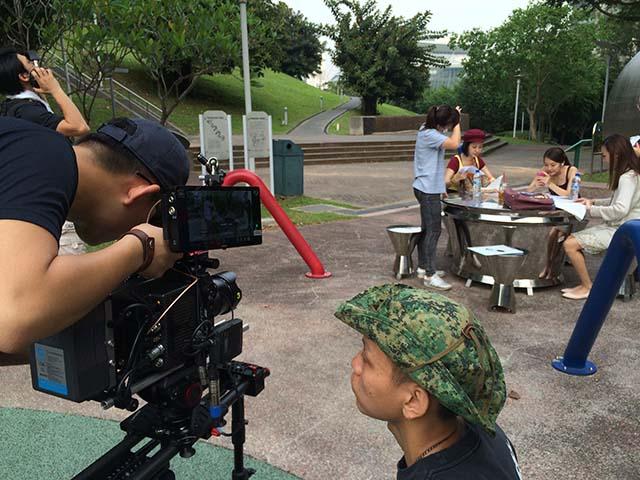 His upcoming film, ‘The Winning One(大胃王)’ is a wacky comedy about food and competitive eating, using hunger as an underlying metaphor for our ultimate desire for love and acceptance. It’s set in a culinary school and is co-produced with Frog Town Brothers, a Singapore-Malaysia collaboration. The screenplay was derived with one of his long-time collaborators Lee Chee Tian (who also wrote ‘Taxi! Taxi!‘) and had been certified by the Torino Film Lab.

“I’m looking forward to more collaboration with ASEAN countries. With more resources, recognition, credibility, and experience, more interesting stories can be told on the big screen.”

Any final thoughts for budding filmmakers?

“Stay humble, focused, patient and persevere. Have a keen sense of observation, lots of imagination, and watch lots of films. Just do whatever it takes to get that film of yours made, you will get there!”

This Teacher Had To Answer For The Punished Student He “Damaged”