Spotlight: Saravanan Sam on Capturing Authenticity Through Music In Film 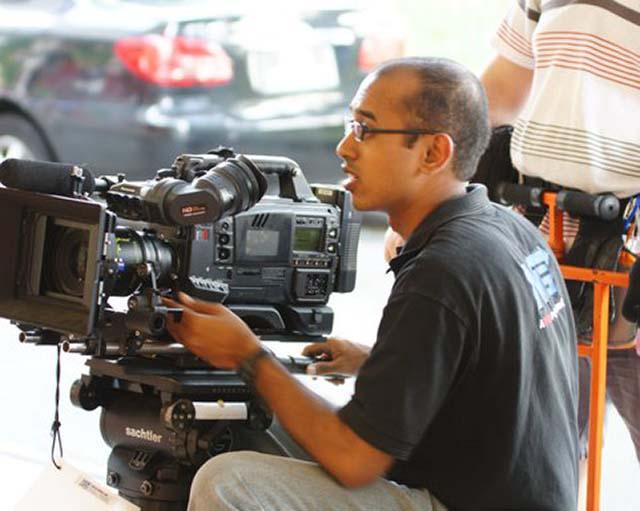 Filmmaker Saravanan Sam behind the camera

Filmmaker Saravanan Sam is no stranger to telling stories about music. His thesis documentary, ‘Wild Dogs’ propelled him to award-winning status as it nabbed Best Editing at the 3rd Singapore Short Film Awards. The documentary profiles a street busker determined to live life on his own terms, but music subtly takes its place as the centrepiece of the story.

With a penchant for music as his subject, Saravanan’s most recent documentary series ‘Voices: Keep The Music Going’ profiles a rapper, an accidental singer, and a jazz joget septet band. But it’s more than just about the musicians, he also profiles the quiet players behind the scenes such as a renowned brass instrument technician and instrument makers. 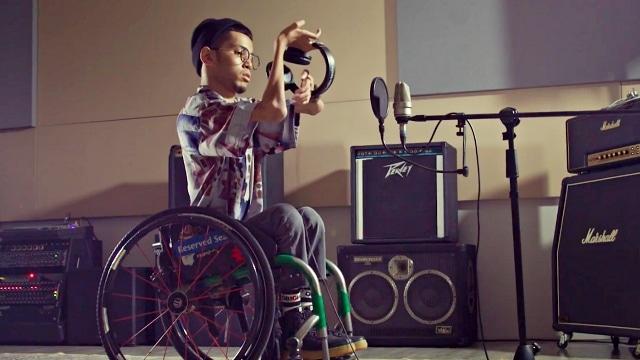 Daniel Bawthan is The Wheelsmith in ‘Voices: Keep The Music Going’

“This series is really about the people who are working at their craft regardless of winning or losing. They’re not gunning for a final destination or a pinnacle of achievement – all they want to do is do what they love and be damn good at it,” Saravanan shares in his director statement for ‘Keep The Music Going’.

With 8 years in the filmmaking industry, Saravanan is a seasoned writer, producer and director, mostly for client commissioned programmes from when he was a producer at Channel News Asia. He talks to us about remaining authentic while telling narratives with a branded angle and how good content should stand the test of time.

Lots of likes and followers do not accurately reflect quality

When it came to picking the profiles for the subjects for ‘Voices: Keep The Music Going’, the fact that they were all relatively unknown was a defining factor for him.

“This quality lent a sense of sincerity and unpretentiousness about their work. They were not out to chase likes or garner followers – which was a great plus because personally, I think likes or followers do not accurately accurately reflect quality. They may indicate trends, but trends change. Good content should stand the test of time.”

A sense of curiousity brought out pearls of wisdom from each of his profiles, most of which came from probing them whenever they shared something interesting. You could tell their dedication to their service and craft, such as The Windworker (episode 2 of ‘Voices: Keep The Music Going‘) who said, “There’s life in every instrument.” Watch the film and you’ll come to find that he meant life in a whole different form! 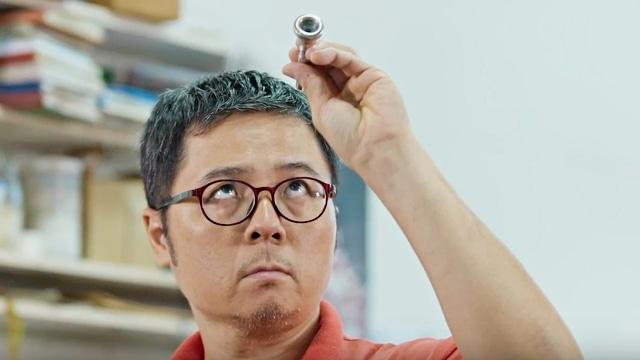 Mr. Yap Yoke Lim is The Windworker in ‘Voices: Keep The Music Going’

“What’s the point of having slick visuals when the story has no depth and the audience cannot relate to it?” The feedback he normally receives are usually about needing to use more crafted shots using sliders and drones. But the common themes he tends to naturally gravitate to are observational, realism and authenticity.

Keeping it to the basic fundamentals, he keeps the story authentic with careful soundbite selection – most of which makes the audience pay attention. In ‘The Accidental Singer’ (episode 3 of ‘Voices: Keep The Music Going’), his profile Shak’thiya sets the tone by saying that he does not want to “upset the balance in a room”. A quick cut to the next scene, however, shows him pouring all his emotions into a song with raging vocals, shocking his audience at an intimate gig. It’ll make you chuckle and ask yourself: “Is this guy for real?” 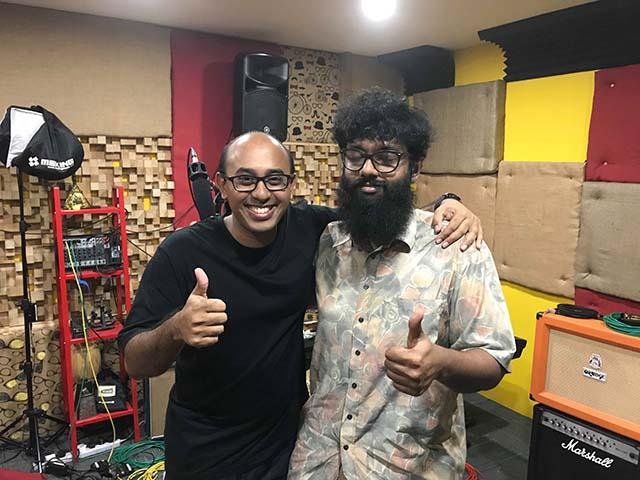 Post-interview with Shak’thiya, The Accidental Singer

To retain authenticity is to add a human touch.

When it comes to telling a story as a creative, it’s a balancing act to get to a middle ground with corporate clients and their brand intentions. You would have to be equal parts flexible to consider the brand’s viewpoint, and also retain authenticity with how YOU would tell the story, preferably with a human touch.

Saravanan shares an example from his experience:

Once I did a business show with a major airline about how the airline’s network has benefited the local tourism industry. Instead of going heavy with numbers and stats, we talked to a local surfing instructor who shared how the increase in tourists helped his income and improved his family’s quality of life. It softened the corporate angle. 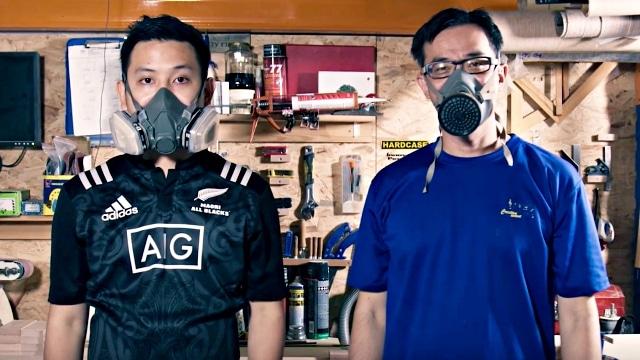 Learn when to walk away

Some things really do require you to put your foot down as a filmmaker. He shares another experience where he worked with a non-profit organization that wanted to raise awareness for their cause. The statistic they wanted to highlight was 38% but they wanted to bend the truth and say ‘close to half’ as it was more dramatic. In this instance, he stuck to his guns to represent something more accurate to the facts. 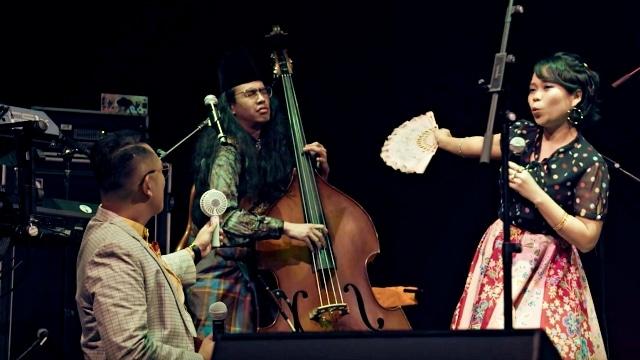 Watch the first episode of ‘Voices: Keep The Music Going’ by Saravanan Sam on Viddsee:

Check out all episodes in the ‘Voices: Keep The Music Going’ here. 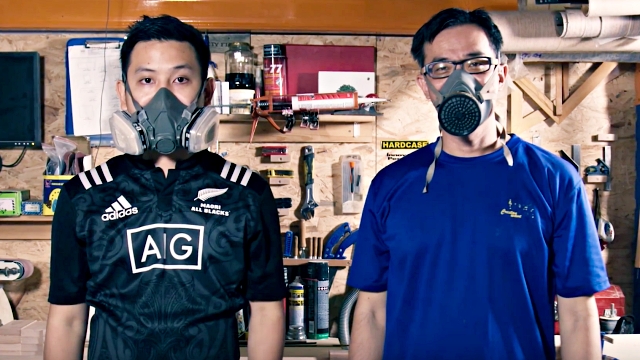 Five Inspiring Stories About Singaporeans Who Live For Music
Spotlight: The Filmmakers of Love Shop On Capturing The Nuances of Love
Eileen Chong On Creating A Safe Space For ‘Confessions’
Spotlight: Ng Yiqin’s Short Film Explores Masculinity and its Nuances