Spotlight: The Search For Self That Feeds Boan Wang’s Storytelling ‘Give & Take’ is an intriguing tale by Boan Wang, about a model student who lands herself in a moral crisis. Exploring the complexities of teenage friendships and self-identity in high school, this final year project of the National Chengchi University graduate screened at international film festivals including Athens and Czech Republic.

The 28-year old director shares about the film’s real-life inspiration, how it has transformed his career, and the personal identity crisis behind his filmmaking journey.

The events that happen in the short film mirror an incident that happened when Boan was 10. He found himself in a quandary when the mother of the boy he threw a whiteboard eraser at asked him to befriend her son. ‘Give & Take’ explores what could have happened if he had opted not to keep a distance.

Boan decided to set the story in a high school as the location is a defining time in a person’s life. He also used his growing pains to further develop the female characters.

“As a gay boy who was still confused about his own identity, I always had difficulty fitting in the boys’ group. As a result, I only hung out with girls. I find the complexities of teenage-girl-friendships much more fascinating. There is so many invisible conflicts which can wreck a friendship only to be realised too late.“ 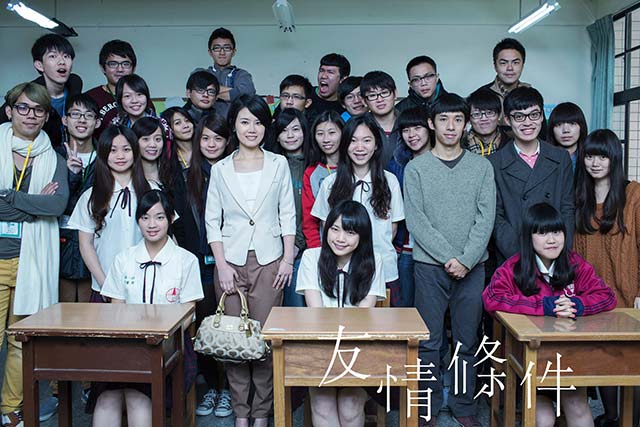 When casting for ‘Give & Take’, Boan struggled to find teenagers who could embody the roles. After expanding his search to include college students, he discovered what he describes as a “beautiful accident”.

He found kinship with Chiao-Ning Tsai (Ning), Yi-Hsuan Chen (Yun) and Anne Wang (Anne) as they could understand the role better having lived the experience. Rehearsal was spent talking about their high school experiences to further flesh out the characters. The time together paid off with the nuanced performances. 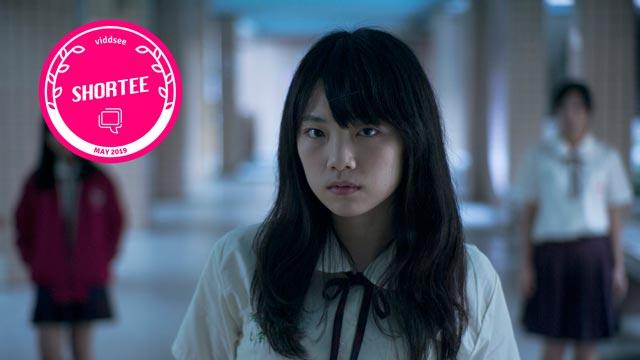 A still from ‘Give & Take’ featuring Chiao-Ning Tsai (Ning)

In hindsight, Boan wished he had been less stringent so there could have been more beautiful accidents.

#3 Zen And The Art Of Flexibility

“I was so afraid that anything could go wrong so I always fell back on the safest solution,” he laments.

Thankfully, after that experience and a budding love for documentary directing nurtured at the DOCNomads Erasmus Mundus Master Program, Boan now embraces the beauty of uncertainty.

“One of the many reasons I like making documentaries is that I am forced to be flexible and adapt to new situations. Making a documentary is all about drafting a thorough plan and then seeing how reality goes completely against it.” On location in ‘In Search of Osman’

‘In Search of Osman’ is his latest project. Set in Bangladesh, the documentary follows a doctor in Dhaka who is trying to help a 14-year old Rohingya boy. Boan is working dual roles, as co-director with Nuruzzaman Khan and cinematographer. Despite the language barrier and foreign landscape, the once anxious filmmaker now relies on instinct to create his story.

#4 The Ongoing Search For Identity

A core theme across Boan’s body of work is the search for identity. The Taiwanese national struggles with the nation’s complex position in world politics.

In ‘Home Abroad’, a documentary made as an international student in Brussels, Boan resolved never to return to Taiwan dissatisfied with the state of his country. A film still from ‘Home Abroad’

“It frustrates me as a filmmaker to see artists banned from entering China or having to apologise because they embrace liberty and diversity. Or worse, some filmmakers taking self-censorship for granted.”

Yet, he realised the importance of emotional attachment to the place that is still home.

Boan is committed to be a part of Taiwan’s future, wherever that road may take him. In his spare time, he leads walking tours in Taipei, sharing his complicated love on the streets while reaping the rewards of the intimate storytelling sessions. Boan and his Nuruzzaman Khan, his co-director in ‘In Search of Osman’

Up next in his future? A possible comedy for this die-hard fan of Bridesmaids. Wishing Boan all the best in his journey as a creator!

Watch ‘Give & Take’ by Boan Wang on Viddsee:

The Most Perfect Girl In School Isn’t Really Who She Seems
Spotlight: Filipino Filmmaker Paul Patindol on Hilom

Asian Culture & Storytelling Celebrated At Digicon6 Asia Awards, Tokyo
A Trip To Bali In Search Of Past Demons Is Viddsee Nov Shortee 2018