Filmmaker Sun Ji’s work often focuses on social issues; issues that shape individuals into exploring their place and emotions of living in a modern society. After graduating from Temasek Polytechnic in Moving Images, his cinematic and visually captivating films have gone on to win awards at The New York Film Award, Dragon Dreaming Film Festival, and the Singapore & Japan Festival, to name just a few.

Under the Passion Made Possible campaign, Sun Ji honours the artwork in National Gallery Singapore through his film ‘Alone Not Alone’. The film tells the story of an elderly museum worker who finds himself inspired by a question a little boy poses him.
We talk to Sun Ji about art, his personal experiences and his short film. 1. How did you come up with the creative concept behind Alone Not Alone?

I met a museum usher that spoke to me about an artwork/painting. Which led me to find out more about him than the artwork. He told me about his personal life and how the artwork related closely to him.

2. Most of the other Culture Shapers films use notable personalities in their cast, we’ve realised Alone Not Alone doesn’t. Could you shed some light on the reasoning behind this?

After discussing all the ideas. I wanted to go for a more down to earth approach. That way it is easier to relate to the audience and also for potential visitors to realise how art can relate to each aspect of our lives and its nuances.

3. Who made the piece of art that both the man and child were staring at in the end frame?

The artist was Lim Cheng Hoe, and his paintings are amazing! He is not from my time but I can still relate to his work. His paintings are so subtle, yet they contain so much meaning.

4. Why did you choose that particular art piece?

That piece particularly resonated with me as it takes me back to when I was a little boy. I used to hang out with my best friends at Changi Beach and East Coast Park. Unfortunately, one of them passed away due to cancer at a young age. That painting brings me back to those cherished moments we had together when we were younger. 5. We love the quote by the child at the end. Tell us more about how you came up with that and what inspired you?

“I don’t understand this artwork”. That’s what my friends told me when we were in the museum. But not every piece of artwork is meant to be understood. Sometimes you just have to look at the colours, the patterns or even the shape of the art piece to feel what the artwork is actually about. Art is to feel and not to understand. 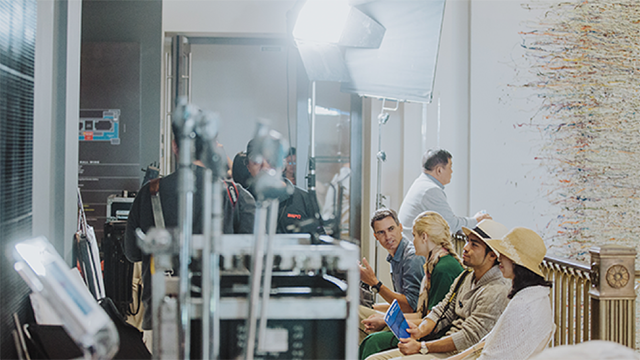 6. Can you tell us more about your upcoming projects?

At the moment I am writing several films. Moving forward I would want to go back to my old drama-style work and create more stories that are personal to me.

7. What encouragement do you have for other storytellers who are passionate about making their work possible?

Never give up! Student budgets can be very tight but work within your means, train yourself to write a simple story but also a meaningful one!