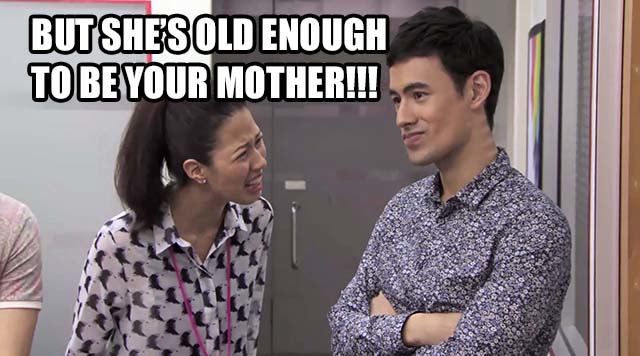 This is Leonard Lee: he’s armed with a sweet trust fund, charmingly good looks and a mouth as sweet as sugar. While he may seem like your average poor little rich boy, he really is more than just a pretty face.

Leonard of the social media agency ROFL (from the mockumentary Get Social) struggles with his game face when he meets Jacqueline Tan, the head of Forloza and ROFL’s first client.

Just when he thinks he’s got all the right moves, we realize, Jacqueline was his first… first, exactly what you think it is. Jacqueline is the ex you want to axe from your life. She threatens to circulate a private video of Leonard from their time spent together. (Hint: He’s not wearing a shirt. Or pants.)

So this is what “viral” is, Leonard learns.

His past has seriously jeopardised ROFL’s standing, but takes one for the team to get out of the mess. Yay for leadership!

Here’s Leonard in the mockumentary Get Social. Watch Episode 1: