Do You Remember Your Teenage Best Friend? This Short Film Honours Them 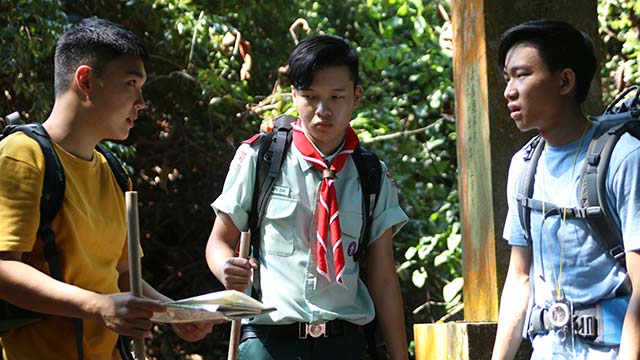 On the surface, the story of three Boy Scouts in the lush Singaporean jungle hunting for a mythical lake sounds like the premise for a horror flick. But in the hands of Victor Gan, the filmmaker behind the latest Viddsee Originals, ‘On My Honour’, it is instead a rich tale of the wild exuberance and fears of teenage friendships.

We speak to the graduate of Rhode Island School of Design to learn about his inspirations behind the film, the powerful bonds made as youth, and what his own personal magical lake is.

The inspiring power of teenage friendships

The inspirations behind ‘On My Honour’ were deeply personal for Victor. The first was his memories made as a Boy Scout traipsing in the forest with friends. The deep friendships that flourished in the outdoors continue to be an essential pillar in his life.

Watch ‘On My Honour’ by Victor Gan (Singapore) on Viddsee:

Victor’s experience at an all-boys secondary school left him with the belief that male friendships develop into a unique type of brotherhood.

“In my film, I am exploring brotherhood, where we quarrel and fight but know that we have each other’s back when the time calls for it.”

Victor also wanted to pay tribute to the tragic passing of his secondary school classmate who had a misadventure at a waterfall in Europe. All these fleeting moments of youth made up the foundations of ‘On My Honour’.

Tips on shooting in the wild

Shooting in nature was an exercise in extreme preparation and casual improvisation. For the former, Victor and the Director of Photography, Jeremy Lau, did extensive location scouting to find the right lake and forest with shooting permissions. It takes a village! On the set of ‘On My Honour’

Thorough rehearsals were conducted with the actors so that regardless of issues during the shoot, their performance wouldn’t be affected. It was especially crucial given the textured nature of the script that toyed with past and present conversations between the three friends.

But ultimately, Mother Nature is a beast that cannot be tamed. To which, Victor has this advice: “Pray for good weather!”

“The more personal you are, the more universal you get”

In Victor’s graduating film, ‘Life As It Is‘, he also tackled another pivotal coming-of-age moment: the death of a grandmother.

He was awarded Best Film at his senior showcase. The Asian-focused film also won Best Drama at the Ivy Film Festival, predominantly made up of Western audiences, which gave him this realisation:

“I had students and parents from America telling me how relatable my film was. Even though the rituals and locations were worlds apart, it reminded them of specific rituals they went through. I realised the details and specificity of a film allowed viewers to relate better than painting it with broad strokes.”

How does a filmmaker tackle these experiences with sensitivity and nuance?

“I do not like to manipulate the feelings of the audience because I trust that they are capable enough to feel the emotions of the actors. I tend to veer away from the most dramatic moments because it is the moments that lead up to that to be more interesting actually.”

In Singapore, boys transition from youth to adulthood by enlisting for national service. The compulsory conscription that applies to all male citizens upon reaching the age of 18 is a source of anxiety for Will and Danny in ‘On My Honour’.

“Going into the army is scary for most teenagers. It is a rite of passage for Singaporean males, but the idea of losing most of your freedom for two years is also pretty daunting. The uncertainty of the situation will make most males have cold feet before enlistment.” Nonetheless, Victor hopes that viewers will take away a feeling of hope and appreciation for the people in their lives.

“I think the “magical lake” in my life are my friends and family. I have learned that no matter how busy one can be, we need to make an effort to maintain these friendships and hence keeping the “lake” magical.”

Next on his plate, Victor collaborated with a friend with Down syndrome on a new film that is currently in post-production.