They Trick A Special-Needs Man. He Shocks Them With A Sincere Response. 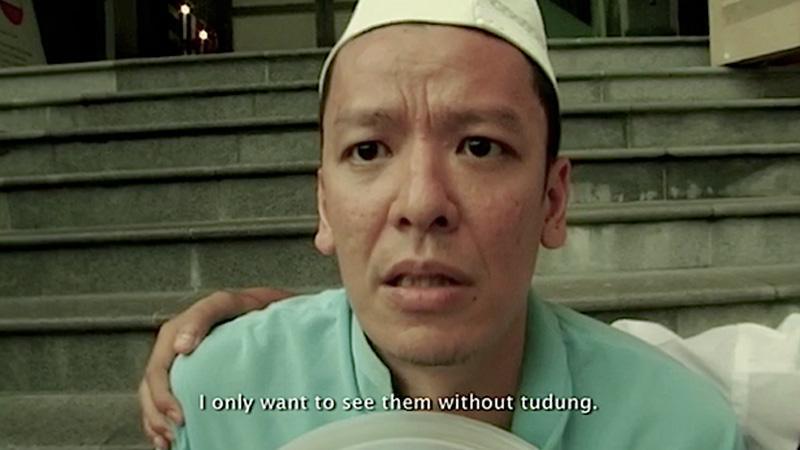 Johan may be innocent and unworldly, but is not one to be underestimated.

While his worldview is confined to the mosque where he works as a helper, he is relentlessly curious about people and their motivations.

And so when two pretty girls turn up, Johan innocently wonders what they would look like without their head scarves, or tudung.

Exploiting his vulnerability, two mischievous boys convince Johan that if he can recite the Al-Fateha, the opening of the holy Qur’an, he can see the girls without their head scarves on.

But recalling the verses is a struggle for Johan, and he confides in a heavily-tattooed friend, not minding that the man is outcast from the religious community. Together, they reflect on the purpose of tattoos: To remind yourself of something or someone dear. To celebrate what’s important to you.

Enlightened, Johan undertakes what he deems the best method to win the girls’ friendship.

‘Ameen’ is featured in our special Asian Film Archive’s channel on Viddsee. This contemplative short film was inspired by Sanif Olek’s musings on the intersection of sexuality and spirituality.

“I often pondered if sexuality and spiritually can co-exist while watching the lovely Ustazahs (female Islamic teacher) preach from the Quran and listening to the melodic hymns during weekly chapel services,” say Sanif, who studied at an Islamic madrasah.

But the filmmaker counts himself privileged to have also attended a secular public school and an all-boys Methodist missionary school. These institutions impressed on him that unconditional love transcends religion.

And he feels strongly that love should be extended even to those who may be different, such as his tattoo-bearing friends, as revealed in his in this interview.

“So what I’m trying to say is ‘don’t judge a book by its cover’ and really, who are we to judge people simply because they have tattoos,” he said.

Here’s another look at religion and sin. Watch ‘Teshuvah’ by Jheng-Neng Li (Taiwan), where a Jewish man seeks atonement for his sins.

Article by Sharanya Pillai in Good on July 1, 2015 A Guy Is Mocked For Thinking Love Is Simple. Is It Such A Bad Thing? Her Girlfriend Was Jealous. A Sign Of Love? Or A Warning?
They’re Stuck In Space Alone, Ready To Rip Each Other’s Throats Out
Submit Your Singapore Story To The ciNE65 Short Film Competition
Two Schoolgirls With A Bond That Defied School, Religion, Family