The Viddsee Juree Philippines Awards is an annual industry pick award to celebrate and support filmmakers and film communities in Asia. The 2019 edition which happened at Pineapple Labs in Poblacion, Makati screened short films from the Top 10 finalists and hosted panels discussing topics beneficial to budding filmmakers. If you missed out on this event, fret not. We’ve got you covered with 6 key takeaways and tips for budding filmmakers from our panels!

Scroll down to learn more in detail!

There needs to be more emphasis on film marketing. Many producers tend to take on the marketing role themselves and after production end up doing a templated form of marketing.

Marketing should be specific to the project and should move beyond the usual generic steps taken.

It is better if the team can study the nature of the product – who it is really for and if there are avenues to leverage. For example, do the actors in the film have a solid fanbase that you could target?

Mobile is changing the way we consume content. We are starting to see vertical dramas emerging on Chinese streaming platforms like iQiyi these days. Anderson Le (Hawaiian Filmmaker/Artistic Director) observes that videos are also no longer restricted to a 1-hour duration or typical format ratios.

The key is to focus on authenticity as it is more important than technicalities such as cinematography, formats or duration. “A lot of YouTubers are hired by the big studios to make films and a lot of their films are sketches instead of a full narrative,” says Lucky Kuswandi (Indonesian filmmaker).

“When you watch something and are able to connect with it strongly and directly, that’s what matters.”

3. Let the world know your desires

Don’t be afraid to project to the universe your dream collaborators or projects. Verbalise it, post it up on social media, let everyone know!

“I was being interviewed and the magazine asked me who I wanted to work with in the future. I said Bea (Alonzo) and that went viral because her fans saw it and started sharing it on social media and tagging her to let her know that I wanted to work with her. When ‘Eerie’ came she already knew of me and it was so much easier to get her on board.” recalls Mikhail.

As the saying goes, ‘if you don’t ask, the answer will always be no’.

4. Make your film. Don’t get stuck in the lab trying to perfect it.

Mikhail’s advice to new filmmakers is that they should just keep shooting and posting up their work.

“The first films are always micro-budget shorts. It will be low-risk, low investment projects. Focus on quantity and volume. Try out [shooting] all the genres, you get to learn more about filmmaking. You’ll also learn how certain shots you want to replicate are not that simple. Only through this, you’ll learn what you’re good at and what you like. Then post it up for feedback, you don’t even need to put your name on it if you don’t want to.”

Through Lucky’s experience as an educator, he finds the biggest mistake young filmmakers make is not putting their film out there. “A lot of filmmakers I know are very afraid of what people will think about their film. So they end up just leaving it in their hard drives.”

“They lose the chance to see how people perceive their films and personal abilities. Because from there, you get to learn a lot about your own brand and where to go from there,” he added.

He also adds that you should always know what you’re going to do next. “Have a project when you’re going into labs, even if it’s trying to make your short a feature-length film. Spend time and effort writing your treatment, a really good synopsis, catchy logline, lookbook and sizzle reel.”

5. Allocate your resources well, you don’t always have to go to international labs

Go to the right labs and workshops that suit your film style. Be proactive in terms of getting your films seen by the right people.

Anderson believes that you don’t necessarily have to go to labs in Europe, especially if cost is a concern. “Local labs like SEAFIC are good too because you get curators from other regions coming to your neck of the woods as well. They’re all looking for the next big filmmaker.”

Big studios are looking to go more global by co-producing with filmmakers from other territories.

6. Things you need to know if you want to start freelancing

Treb Monteras (Freelance Director) believes that you won’t learn anything if you start out on your own. “It’s different when you’re on set. You won’t get paid when you’re learning at first, but you will feel the returns once you start earning.”

The panel believes that it is important to see other freelancers as peers and not competitors. Marvin is part of a community of freelancers that he met on social media who meet and socialise in person too.

“With this comes the opportunity to ask peers for their standards rates,” says Ian Abaya (Freelance Filmmaker). He competes with his friends for projects but is happy for them if they win a project he was gunning for. 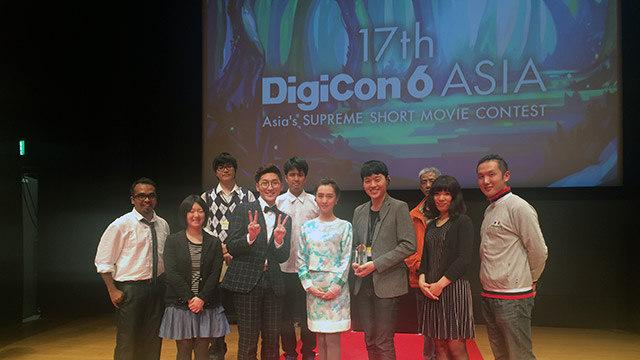