For 33 years, the Chinese in Indonesia could not celebrate Imlek (Chinese New Year). It was forbidden.

Today, it is not only celebrated with pomp, it has also been declared a national holiday.

However, there is an entire generation of the Chinese whose childhoods were seeped in confusion, ambiguity and a deep sense of loss of identity. One of them is director Lucky Kuswandi, whose film ‘Letter of Unprotected Memories’ explores questions about the Chinese identity and heritage. 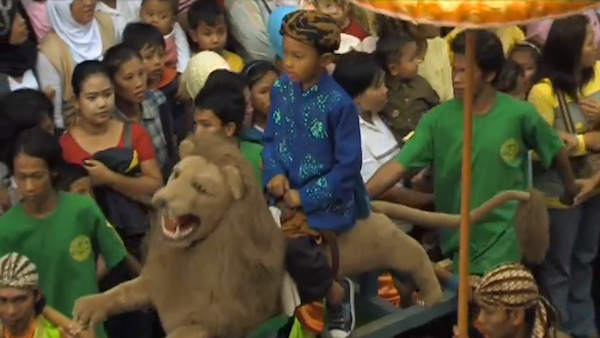 It gives a personal account of the time when he was a child and celebrating Imlek was forbidden, through flashes of the past and the present, and the questions that cross his mind every time Inlek comes around.

Watch ‘Letter of Unprotected Memories’ by Lucky Kuswandi on Viddsee:

Lucky Kuswandi holds a BFA from the Art Center College of Design in Los Angeles. His short films have been screened in more than 30 film festivals, including the 59th Cannes Film Festival and the 32nd Seattle International Film Festival.

His film is part of the 9808 film anthology that commemorates Indonesia’s student-led protests that led to the end of President Suharto’s 30-year regime.

Watch the 9808 channel on Viddsee or read about how the anthology came about.

Article by Manisha Nayak in Voices on February 13, 2019