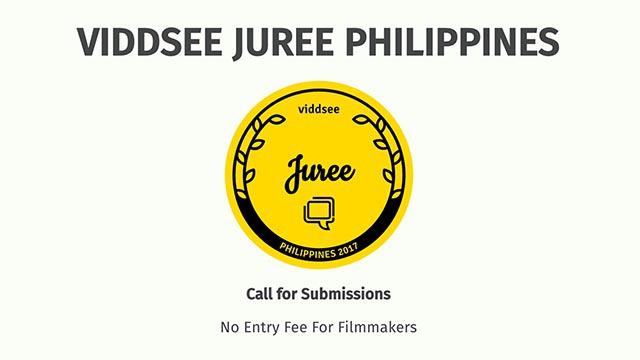 Manila, 20 July 2017 — The online entertainment platform Viddsee launched a filmmaker programme with its first efforts through a filmmaker community initiative, Viddsee Juree Awards for the Philippines.

With a growing Filipino audience and an expanding network of creative content producers from the Philippines, the Viddsee Juree Awards aims to bridge the gap between digital filmmaking and distribution by working closely with local film communities.

The initiative is supported by The Film Development Council of the Philippines.

“Offline events are a big deal for us, as a digital-first platform. Launching this filmmaker programme in the Philippines is even a bigger deal, having witnessed a wellspring of creativity in the Philippines. We hope to help the creative community grow, and also hope to create content together eventually,” says Viddsee co-founder Ho Jia Jian.

“Viddsee has been an excellent addition to the platforms available to our Filipino filmmakers where we can showcase a rich and diverse set of content representing our thriving cinema scene,” says Film Development Council of the Philippines (FDCP) chairperson Liza Diño-Seguerra.

The Viddsee Juree Awards activities kick off with a roadshow in multiple cities and locations, including the University of the Philippines Film Institute and the Far Eastern University.

Winners will be announced at a live event on the 25th of November 2017 in Manila. The closing date for submissions is 14th September.

About Viddsee Juree Awards
Viddsee Juree Awards is an initiative celebrating the entertainment industry’s picks of Asian short films from all genres: fiction, documentary and animation. In this second edition of Viddsee Juree Awards, stories are picked from the brightest talents and upcoming filmmakers in the Philippines to be watched and judged by a panel of international judges. Each short film shortlisted for the competition will be watched by millions online and selected for film screenings around various cities in the Philippines. Juree is part of Viddsee’s commitment to celebrate and support filmmakers and film communities in Asia.

About Viddsee
Founded in 2013, Viddsee is an online entertainment and technology platform that drives distribution and marketing of short movies. Its unique stories have generated over 1 billion views through Viddsee’s mobile applications and platforms with its proprietary marketing insight of targeted communities and content. With the vision of building an ecosystem for creators and audience, Viddsee empowers storytellers to tell their very own local stories that resonate with a global audience. Visit www.viddsee.com to find out more.