In His Own Words: Daniel Yam On ‘The Dispute’

Best known for his sentimental and heartwarming stories, Daniel Yam’s films often champions the human spirit and takes his audience on a journey to discover the beauty of humanity. With over a decade of experience in the media industry, he is known by Viddsee viewers for his films ‘Gift’ and ‘Ripple’. Combined, the two films touched millions of viewers on Viddsee and has garnered numerous industry accolades and awards. 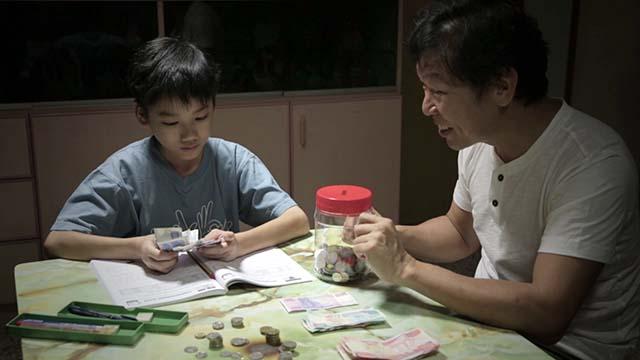 A scene from ‘Gift’

We speak to Daniel about his new short, ‘The Dispute’, about two mothers called into their sons’ school principal’s office after they were caught fighting. While being quick to point fingers at each other for their differences, they failed to realize their commonalities.

Your films are widely celebrated for its heartwarming sentimentality. What’s your advice to filmmakers on toeing the line between creating sincerity and avoiding clichés?

When writing, I try to draw from my own well of emotions and life experiences. Since no other writers have the exact same life experience as me, I just have to be truthful to my voice and find a treatment to best convey the story. A scene from ‘The Dispute’

As a director in a diverse nation like Singapore, tell us about your thoughts or the responsibilities you felt when invited to take on this project?

It’s human instinct that as much as we want to be inclusive, we also tend to exclude. We’re always operating on the fear of scarcity – thinking that we do not have enough and wanting to provide only for our own people. We do not intentionally draw circles around us but we often end up doing so due to this instinct.

Singapore is such a great nation because of the harmony and peace we enjoy. This is not by chance, as we had worked hard to make this happen. We are connected by a common goal – to make this nation the best home for all families. I am honoured if my stories help bring people together.

How did you tackle shooting such a loaded topic with two children?

The children are very talented. We spent time talking and exploring the characters’ background stories and their objectives in each scene. Once the camera started rolling, they instantly became the characters. It’s magical to see the children perform.

The child actors generally have a happy outlook – they don’t feel any lines drawn between them. For instance, when I asked the child actor of Chinese nationality (Zhao Ze Rui playing the role of Charles) if he had experienced any rude behaviour from Singaporeans, he shared that he has been blessed to have friends who treated him just like how they would towards their Singaporean friends. He either had not encountered or did not remember any negative experiences. Behind the fight scene between the child actors (Zhao Ze Rui as Charles and Bryan Ong Zhong Yi as Sean) in ‘The Dispute’, with director Daniel Yam looking on

In your personal life, what do you do in educating your own daughter or younger family members about their attitudes towards people who are different from nationalities as themselves?

I don’t have to tell my 8-year old daughter anything. I’m constantly amazed at how easy it is for her to make friends with complete strangers. She quickly finds their commonalities and joins in the fun. It could be as simple as: the love of playing catching or wearing clothes of the same colour. To her, strangers are simply friends she has yet to meet.

We are prone to generalizations, but the children are not. They don’t see it. My daughter looks for things that are common rather than things that are different. However, as adults, we look at each other’s differences and draw lines, thereby creating that divide. We should be like children who don’t have the concept of us versus them. That’s what I learnt from my daughter! Just like the story, children are slowly taught to focus on the differences and draw lines, and we adults are at fault.

Regardless of where we come from, we have far more similarities than differences as humans. We have the same hopes and the same fears. If we hold this mindset, we will begin to see people for who they truly are and not their labels, appearances or first impressions. 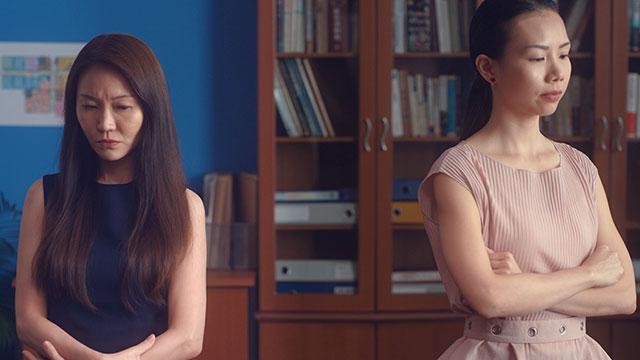 A scene from ‘The Dispute’

I’m currently shooting an adventure fantasy film to be released next year. And I’ll be writing and developing more stories for next year.

Watch ‘The Dispute’ on Viddsee now!

‘The Dispute’ is part of Project RED, an anthology of short films by acclaimed local filmmakers which explores how all of us, regardless of background and where we come from, have more in common than we think. Project RED is produced by Viddsee, in collaboration with Gov.sg.

Article by Viddsee in News on September 2, 2019