In Her Own Words: Diane Ventura On The Psychological Thriller ‘TheRapist’ Writer/Director Diane Ventura’s ‘TheRapist’, a twisted tale about a psychotic therapist, was the most watched short film on Viddsee last month.

We speak to her about this Viddsee Shortee for December, the controversial subject she chose, and the challenges she faced while making the film.

Here are our takeaways!

#1 – THE CONTROVERSY ON THE FILM SUBJECT, RAPE: It’s easy to be mislead about what the film is about, as the subject of rape can spiral very quickly into a downward spiral of accusations on sensitivity.

The film’s premise was developed from an idea Diane that started from a conversation with a friend, and she explored the idea further as she was fascinated with the study of the mind and the intricacies of mental processes.

This is also reflected in the word play in the film title. “Again, to avoid confusion, I’m not talking about the jump out of the bush brutal attacks where it is clearly obvious that physical strength is used to overpower and subjugate as that is clearly a detestable and heinous vile act.

“I’m talking about specific circumstances of power play where the lines are somewhat blurred.”

#2 – THE CRITICISM: The film wasn’t made to be provocative. It was almost shelved after production as she wasn’t sure what do to with it.

She takes the criticism positively, and as a compliment that even it meant that naysayers have something to say about it if it was negative. And for that, she thanks her supporters and detractors.
Editor’s Note: This film was taken offline temporarily.

#3 – THE SOCIAL MESSAGE: Diane hopes that if ever people do discover something socially relevant about this film, it would be that power from either gender should not be abused. And that one should not allow oneself to be put situations where decision-making capabilities are compromised.

#4 – CHALLENGES IN THIS DEBUT FILM EFFORT: ‘TheRapist’ was her debut filmmaking effort. Diane wasn’t sure what to do with it after completing it. That was her main challenge, she says. To add to that, paperwork and filling forms wasn’t her idea of fun. It wasn’t until a friend convinced her that she decided to submit the film to festivals.

She considers it her good luck that it caught the attention of Cinemanila, Manhattan Festival and Viddsee, through which she was able to share her work.

‘Mulat’ is also a psychological thriller. “I guess I’ll be using and abusing the topic while it still interests me.” she says. She’s drafting the screenplay for her second feature which she plans to shoot in New York or Germany.

And is she planning to venture into other genres? Diane says that her ultimate dream is to take on the challenge of making a comedy!

We wish you the best, Diane!

If This Was Love, She Needed To Know If It Was Real 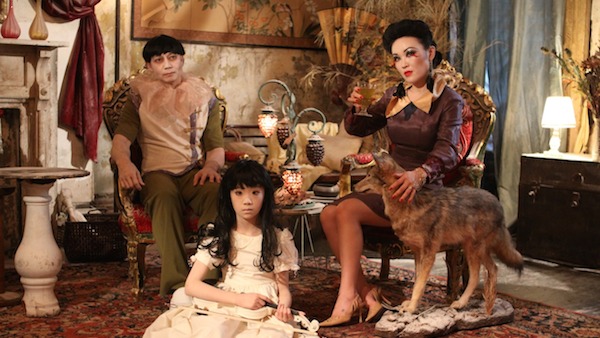 In Her Own Words: Eileen Chong
Thriller Drama On Uncommon Thieves Is Viddsee Shortee Jan 2017