In His Own Words: K. Rajagopal On ‘Singapore Flying’

A veteran in his field, K Rajagopal needs almost no introduction. He has won multiple Singapore International Film Festival prizes among many others but is best known for his film ‘A Yellow Bird’, which was selected to screen at the 2016 Cannes Film Festival. 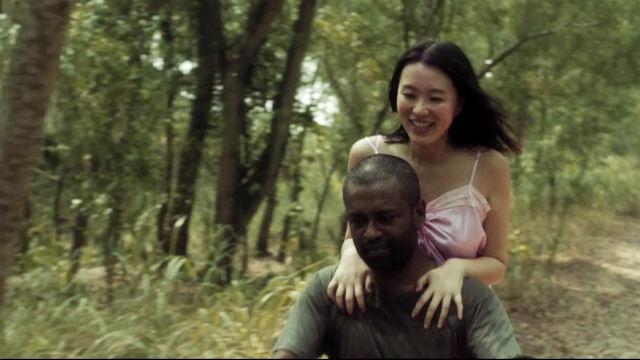 A scene from ‘A Yellow Bird’

He talks to us about his new short ‘Singapore Flying’, a story centered around the interaction between a Singaporean Indian couple and a couple from India in a Flyer pod that highlights the xenophobic tensions that exist in Singaporean society today.

‘Singapore Flying’ almost feels like a stage production, with its singular location and strong performances. What notes did you give your actors as they prepared for their role, especially in this tense and dramatic script?

It was important for me that the actors work on characterization and really build a believable character with their own realities and background because the film is somewhat a study about different people sharing a confined space.

I rehearsed both couples separately and only brought them together at the last rehearsal so the encounter would be more fresh and instinctive. I worked to create natural and nuanced responses so that the dramatic tension would be as real as possible. Working within the constraints of the Flyer with around 14 people plus equipment added to the overall claustrophobia and how the space was negotiated between the couples. Behind the scenes of ‘Singapore Flying’ with cast, crew and equipment filmed on one Flyer capsule

What were the challenges in shooting within such narrow confines? 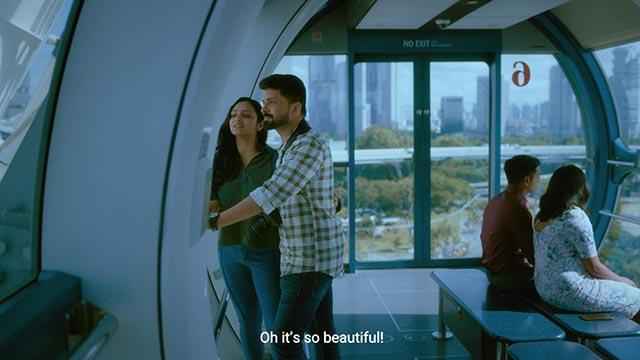 A scene from ‘Singapore Flying’

In a previous interview, you said that you “re-examine myself in my films and through my films.” What did you discover about yourself in making this film?

I am often mistaken for a foreigner in my own country and that used to affect me. It doesn’t bother me as much these days, but I wanted to revisit it as it’s something that many other people still face – feeling alienated and out of place in your own homeland.

As a director in a diverse nation like Singapore, tell us about your thoughts or responsibilities you felt when invited to take on this project?

As the world becomes more globalised and people more mobile, it is very important that we learn to live with each other and be considerate. It is basic humanity to respect each other. Through film, it is my job to show some of the realities and challenges in racial tension and space sharing. I want to show that with kindness and empathy, the world can be a more pleasant place to live in. 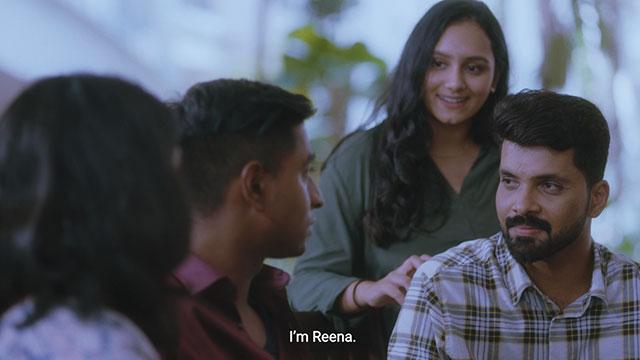 A scene from ‘Singapore Flying’

The biggest message for me is for people to learn to understand each other. I am drawn to this famous quote from ‘To Kill a Mockingbird’, when Atticus says, “You never really understand a person until you consider things from his point of view… until you climb in his skin and walk around in it.”

Too often, we jump to conclusions, we need to learn to listen and accept differences.

I am always dreaming of projects, hopefully, a feature soon. In the meantime, I am working on a few short films and TV projects.

‘Singapore Flying’ is part of Project RED, an anthology of short films by acclaimed local filmmakers which explores how all of us, regardless of background and where we come from, have more in common than we think. Project RED is produced by Viddsee, in collaboration with Gov.sg.

Tensions Rise Between Two Couples On A Singapore Flyer Ride
In His Own Words: M Raihan Halim on ‘Common Ground’
In Her Own Words: Kat Goh on ‘Merging Lanes’ 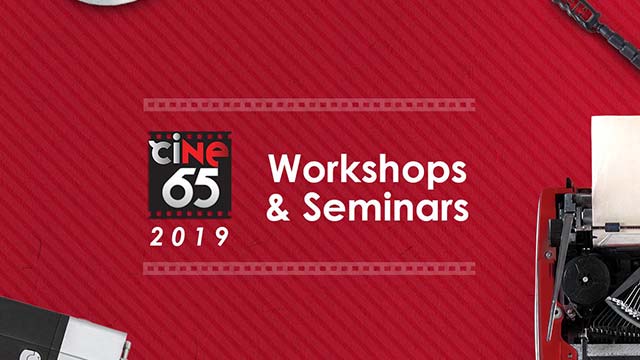 Get Inspired By Singapore’s Top Storytellers At ciNE65 2019 Workshops
Did You Know Singapore Has Won At Cannes Before?