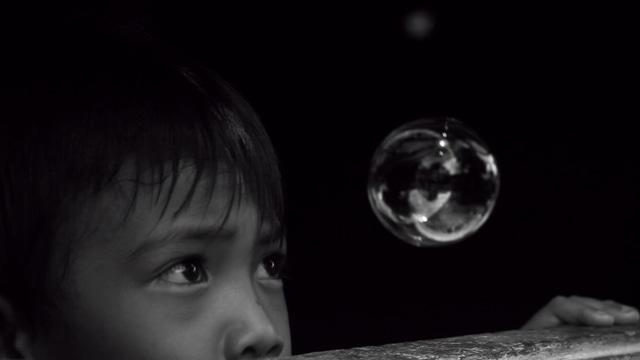 In a short film competition at Vladivostok International Film Festival, a grandmother shared her impression after watching Yusuf Radjamuda’s film, ‘The Backyard’. She cried upon hearing the sound of the birdcall, as it reminded her of the death of her pet bird, brought over from Indonesia. At first glance, this incident may have little to do with the short itself. But for Yusuf Radjamuda, this event redefined his view of the miracle of the cinema itself.

“I was also surprised, I thought she was sad because of the boy, but it was because of birds. At first I was disappointed, that she did not understand the story. But after thinking about it, the grandma and the boy in the movie share the same sadness: left behind by something they care about.” Accompanied by birds singing melodiously, we talked warmly with Yusuf Radjamuda about his passion for film production to his optimism of seeing the rise of regional films.

# 1 From Zero To Film Addict This Taurus got his starts in the world of short film directing when he was tasked with documenting family events. This responsibility attracted him to learn more about the filmmaking process.

“At first, I had no intentions to be a director. I would shoot my own film, edit it myself… the results were quite ugly. And then I became curious and it became my preoccupation.”

Papa Al confessed that he originally wanted to go to film school, but unfortunately, it wasn’t possible. Therefore, he was encouraged to self study by watching movies and attending workshops. Not satisfied with his first film – ‘Friends and Hope’ – Papa Al did not include his name anywhere. He used his wife’s name as a director in the film.

“With such rough learning conditions, I have taught myself as best as can,” he notes humbly.

For the father of two, film has become the best medium for him to share stories. “Movies make me excited to tell stories. I have become addicted to telling stories through movies,” he says while laughing.

#2 The Sentiment of Childhood The films of Papa Al have one strong immediate focus — relationships. ‘The Backyard’ tells the family from the point of view of a child, while ‘Matahari’ tells about the relationship between man and nature. The tendency to elaborate on human relationships (or nature) was not initially realised by Papa Al.

Looking back, he remembers a childhood filled with many cats. When one of his beloved cats disappeared, he remembers seeing a small plastic ball that it often used to play with lying on the floor. Sadness arose uncontrollably.

“Why do everybody we meet in this world have to part in the end?” he asked melancholically.

The childhood memory made a subconscious contribution in his films. Although he makes stories about what he observes, this childhood experience of a relationship lost is something he has unconsciously explored in his works.

“Maybe because at that time I did not know what story to tell, but I can now tell the story through the movie,” he recalled with a giggle.

When ‘The Backyard’ was released, it was a cinematic experience that left the national short film scene stunned. Noted film critic, Ifa Isfansyah considers ‘The Backyard’ as a film that provides a new, near and pure visual experience. There is an important question here, what is it about Palu, Indonesia?

Growing up in the city of Palu is certainly different than Jakarta. The landscape, social interaction as well as visual exposure in Jakarta and Palu are akin to the earth and the sky. As a person who grew up in this city, it is interesting to see the visuals of ‘The Backyard’ displayed cinematically in black and white. Many then asked what visual reference Yusuf Radjamuda possessed to make ‘The Backyard’ so devastating. “I actually never had the intention of visualising Palu in ‘The Backyard’ in such a way, it just flowed. But I think that’s a great representation of everything around me. The location is just behind my house, the cast is also my niece, this is a real story. It really is.”

Humbly, Papa Al admits that he does not have a wealth of visual references that can be compared with other directors in the world. He has limited access to non-Hollywood movies that screen at film festivals, while most film festivals happen outside of Sulawesi.

Papa Al got a chance to visit Berlinale in early 2012. It was there that he quenched his thirst by watching many movies from other countries. The experience impressed him greatly when he wrote his first story, ‘The Backyard’.

“The film finds its shape instinctively. I let it flow just like that,” he said.

#4 The Rise of Regional Film Production

Many people are not aware that the cinema industry in Palu has been suspended for 17 years. Even so, the culture of film in this city comes from a number of exciting exhibition initiatives by the film community in Palu. When asked how Papa Al saw the film industry from the lens of Eastern Indonesia, he carefully replied. Even so, he is very optimistic to see the development of regional films that are now growing rapidly, be it ‘Uang Panai’ from Makassar who successfully penetrated the local box office in 2016, or ‘Ziarah’ by BW Purba Negara which as of June 9 2017 has been appreciated by an audience of 30,000. According to Papa Al, these regional films have the potential to represent Indonesia as a whole and become the actual film industry.

“Because the so-called film industry is now actually films from Jakarta alone, I think the regional film schemes play an important role for a holistic Indonesian film industry that many people dream about.”

Different areas, different ways of telling; this can be seen from the film to each region in its oral history, particularly Palu itself. Papa Al laments the absence of a written culture. “In Palu, there exists just a speech culture, because history and myth is passed down through oral words rather than written words. And the way of speaking is quite typical.”

However, due to the growing regional film scheme, Papa Al feels that the way of speaking through the produced film is not enough to represent the culture or characteristic. “We are still searching and trying to get close to the ideal picture,” he said. As a filmmaker, he himself still wonders if the existing Palu films can now accurately represent the area.

“In fact, it may be people outside who can better see the characteristics of the film production of Palu. But I’m sure, the typical film from all over Indonesia is very ready to be enjoyed by all, “he said optimistically.

It’s been four years since Papa Al stopped directing short films. But this is not without reason, he has been preoccupied with his first film project titled ‘Mountain Song’. The inspiration comes when documenting raigo rituals, dances and songs performed during the harvest in Pipikoro, Sigi District, Central Sulawesi.

After researching the challenging areas of nature and lack of access to these regional lands, Papa Al then decided to make ‘Mountain Song’ into a long movie. Luckily, in 2016 there is a special program from Makassar SEA Screen Academy for film directors who want to debut producing long films. Built by Riri Riza and Mira Lesmana, Makassar The SEA Screen Academy is an initiative to encourage East Indonesian novice filmmakers to bring their ideas alive with the guidance of the best filmmakers in Southeast Asia.

After the development process, ‘Mountain Song’ succeeded in winning The Most Promising Project and received funding and post production facilities. Four Colors Films became a partner for co-production.

“This is a great opportunity to develop ‘Mountain Song’ with the help of Makassar SEA Screen Academy. Hopefully I can meet the expectations of people,” Papa Al said humbly.

The conversation about the strong production of ‘Mountain Song’ with local cultural elements ends with Papa Al’s belief about the importance of the director’s position to create local contents, “I think it’s important to talk about what’s around us.”

Viddsee Juree Philippines Is Back! Submit Your Short Film Now!
How The Chicken Dance Inspired Ellie Ngim’s Chinese New Year Film
“The Most-Feared & Dedicated Person To A Film Is Its Director”