She’s Skeptical. But Her Zombie Date Believes In Love After Life

She was told he had a “slight complexion problem”, but her friend left out an important detail – her blind date was a zombie.

She’s way too polite to say the obvious: he had a face of a roadkill; he was very considerate and honest about his dietary habits.

We don’t think any meatloaf was actually consumed, and maybe love is really blind!

Watch ‘Over My Dead Body’ by Timothy Plain on Viddsee BUZZ:

Just one more! Watch this Filipino grandma defend her family in a zombie apocalypse with a shotgun! 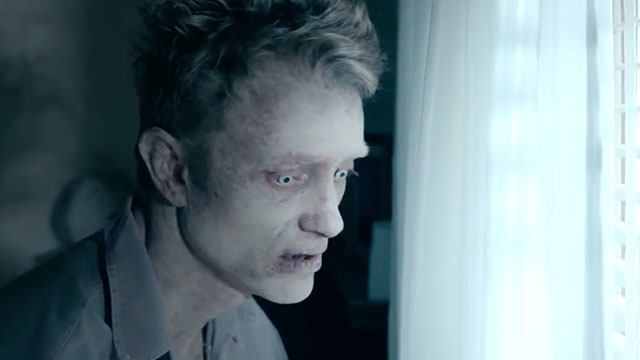 Undead Life Can Get Pretty Lonely. He’s Pining For Some Company.

In A Zombie Wasteland Sing-A-Long, Any Human Company Is Good Company
A Flesh-Eating Zombie’s Unusual Makeover Is Viddsee Shortee Dec 2016